Why I'm Putting College on the Back Burner

Hi I'm Kayla, I am 21 years old, and I have dropped out of three different colleges.  Yup, you read that right. 3 separate colleges. I am a college dropout.

So how does a girl who had a cumulative 4.3 grade point average in high school become a thrice over college dropout?  Simply put, my body and mind failed me. Like, epically failed me.  If you're like me and you get tired reading and you can't read this whole thing, the main point of this post is this: I'm tired, I'm in pain, and college just isn't in the cards for me right now. I just don't have the mental or physical energy to handle it, and I'm done pushing myself past my limit and putting my health in danger for the sake of an education.  I need to be patient with myself, and allow myself to just exist as I am instead of straining myself to be more.  Took me almost 4 damn years to realize that school shouldn't be my number one goal, my health should.  For details into my college failures, look below :)

College #1- Azusa Pacific University
Time spent there- 2 and a half weeks
My first attempt at college was about 5 months before my major chronic illness crisis began. So when I started there, I didn't have any physical disabilities.  I got all moved in to a dorm, had a couple roommates, the whole shebang.  This college was about 45 minutes from my home, so I figured it was enough distance for me to feel independent, but to not be completely an island. Unfortunately for me, I had undiagnosed severe Panic Disorder, General Anxiety Disorder, and mild depression.  Basically my brain sucked at making Serotonin.  So after 2 and a half weeks of stress and a crap ton of panic attacks, I ended up having the King Kong of panic attacks, which lasted 8 excruciating hours and basically fried my brain.  So, much to the disappointment of everyone, including myself, I was advised to go on a medical leave of absence and get my brain straightened out.

College #2- Cypress Community College
Time spent there- 4-ish weeks
Ok so once I got my mental illnesses under control thanks to this awesome invention called Selective Serotonin Reuptake Inhibitors (aka meds that supplement the Serotonin that your brain has decided not to make; aka anti-depressants), I was ready to ease my way back into college.  So I went to my local community college and enrolled in three easy peasy fun classes (Dance, Makeup, and Costuming). Those went amazingly well for me until I had a Laparoscopy for my Endometriosis, and started treatment for the endo. This is when my physical disabilities and chronic illnesses took over my body like a demon, and got in the way.  So I quit those classes, then took 1 online class per semester for 3 semesters after that.

College #3- Golden West Community College
Time spent there- 1 day. Literally just one day guys I'm not kidding. It was bad 😂
So after a decent amount of physical improvement since I was at my worst, I decided I was gonna take an on-campus summer class. 3 days per week, 4 hours per day. I decided to do this because I am an idiot. Soooooooo short story shorter, the campus was not accessible for disabilities.  I could go into detail about the ridiculousness of the construction of that campus and how they had no second story bathrooms and the bathrooms were nowhere near any elevators and they had huge, heavy glass doors in between the elevator and the classrooms and so on and so forth and what have you but honestly I'm too tired to really get into this so just know that that day sucked and I skedaddled out of there and never went back.  Tried some online classes from that school this past semester but I got a sinus infection and never logged in so I just decided to cut and run and take a break.

Overall right now I'm doing really well without the pressure of an education.  I don't get enough blood to my brain, so I can't even read for fun let alone read for assignments (and you should know I've always been a big read-for-fun-er).  I honestly don't know what my future holds.  At this point I have no plans to go back to school because lemme tell you I have bigger fucking fish to fry. Now on to bigger, better, and more accessible things. Onwards and upwards. Jk my life doesn't go upwards its more of a downward spiral with a lot of dead ends... you get the picture. 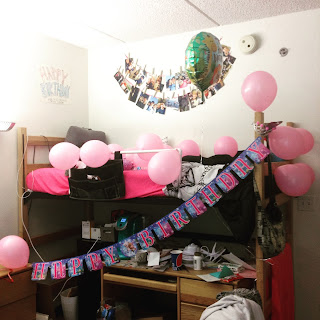 Your line is: "Hiiii Kayla."

Alright now that we've gotten the monotonous Alcoholics Anonymous-style greeting out of the way let me tell you what the hell I'm doing.  I'm starting a blog (my self-righteous self is now going to pause for applause)..........

Alright here's the deal, I have a very specific goal for this blog and I'm going to use this first post to set the scene and tell you what you can expect from me.  I want to make this blog as accessible as possible.  Basically, I want people with chronic illness to actually be able to read the shit that I write.  To me, that means I need to keep everything short, sweet, and to the damn point because I know all too well that brain-fog gets the best of us and it's hard to read long paragraphs/essays/novels/you name it.

Focusing is really hard with chronic illness, so I'm going to make this blog easy to read.  I will split the more complicated subject material (for example my illness journey) into multiple posts, and when I post recipes I'll be putting the recipe at the beginning of the post instead of the end because no one likes looking up a recipe and having to scroll through Brenda's longwinded story about how her nephew Nathaniel just "can't get enough" of her chocolate chip cookies. I am not Brenda, I will not do that to you people.

That's all I want to say for now so welcome to all you humans who want to read my shit, I'll try to make this as painless as possible since we all have more than enough pain to deal with as it is. 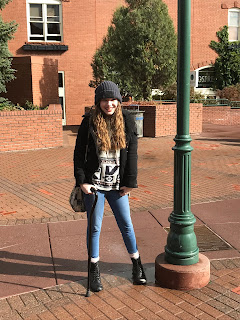