My Illness Journey Part 4: Being Bedbound 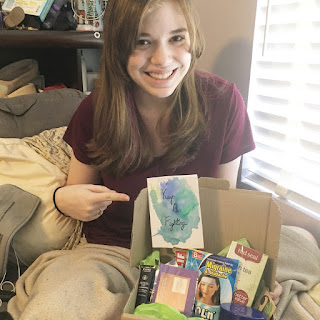 Hi I'm Kayla, and I was bed/housebound for a year and a half.

By the time I got to my third neurologist, almost a year had passed since the onset of my symptoms.  At this point I was 100% wheelchair-bound, housebound, and mostly bed-bound.  I had been sent to a new physical therapist who refused to touch me until I got a diagnosis, but he was helpful in that he acknowledged that my doctors were all idiots and there was actually something physically wrong with me (it was awesome to know I wasn't crazy!)

All the bedrooms in my house are on the second story, so the stairs proved to be a worthy adversary.  In order to get up and down, I would have to sit on my ass and either slide down or push myself up with my arms one stair at a time.  It was exhausting.  Actually, everything was exhausting.  I could barely even shower once a week and that's with a shower chair and collapsing on my parent's bed for up to an hour afterward.  Needless to say, my quality of life was dismal at best.

So I went to my new neurologist with my hopes high but my expectations low, based on the assholery I had dealt with in the past, I was just about at my wit's end.  Fortunately, this neurologist was wonderful.  She's an adorable little Eastern European woman with a heart of gold.  I want to adopt her as my grandma.  She ordered repeat MRIs and a lumbar puncture (aka a spinal tap).  The MRIs didn't show anything, and the spinal tap (which actually went great and wasn't painful at all because the doc who performed it was some kind of wizard) showed nothing except a dormant virus that we decided was chicken pox, which I had when I was 4 (see photo for proof). 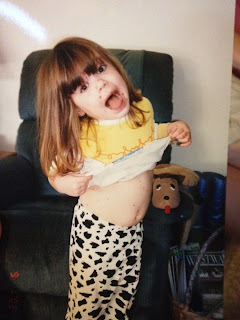 With everything coming back clear, my lovely neurologist referred me to the UCI Neuromuscular center to test me for different neuropathies (nerve damage).  The doctor she referred me to was said to be a genius and at the tippy top of his field.  Everyone talked about him like he was some kind of God... which probably contributed to his God-complex.  I had had terrible experiences at UCI in the past (see my previous blogs), but we were assured that this guy was the real deal.

He seemed to know what he was talking about and he had a decent-ish bedside manner so we took that as a plus, and he ordered tests including a repeat of the dreaded EMG.  The EMG was no easier the second time around.  In fact it proved to be more trying because my doctor's colleague stood in the room while I was being stabbed by needles and tasered and said in the most disgustingly nasally voice I've ever heard, "I know it's annoyingggg." Yes, I totally yelled at that lady to shut the hell up. I also got a punch biopsy done on my legs which is a test in which they hole-punch your leg in a couple places and send the skin off for testing. 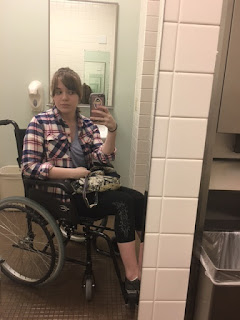 Everything came back clear (go figure) and he told me I would have to go up to Stanford to do Autonomic Nervous System testing because I had Autonomic Neuropathy.  At this point I had simultaneously been trying all sorts of out-of-insurance treatments, such as massage and acupuncture, neither of which went very well due to the fact that I was in too much pain to be touched.  Then, my wonderful mother stumbled across the Loma Linda Neuropathic Therapy Center, and that's when things began to take a turn for the better.
at November 24, 2018