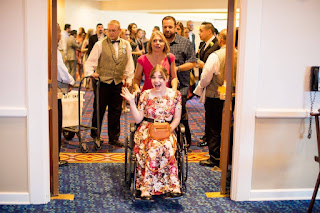 Hi I'm Kayla and I have had to completely relearn how to walk.

By the time I got a consultation appointment at the Loma Linda Neuropathic Therapy Center, I was not only completely wheelchair, house, and bed-bound, but I was literally unable to stand for 10 seconds without passing out.  I had gotten so ill that I was beginning to lose hope.

Then, I met Dr. Bussell, a man who knows more about neuropathy and the inner functioning of the human body than any doctor I've ever met.  He had created a new, non medication-based technique to treat neuropathy which involves putting pressure on major blood vessels in order to redirect blood where it needs to go.  Kind of like a far more intuitive and customized compression sock for your whole body.

The doctor and his colleagues assessed me and quickly began to realize that my case was incredibly severe.  Basically, my heart was unable to pump enough blood to my legs or head, which is what had been causing my pain, dizziness, everything. 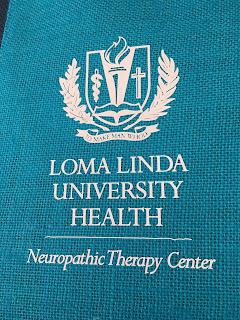 Immediately after the very first treatment, I was able to go out to lunch for the first time in I don't know how many months.  It only went uphill from there.  I began going out to Loma Linda 3 times a week, and I was given instructions on how to perform treatment on myself at home.  In a matter of weeks, the 10 seconds I was able to stand increased to 20, 30, 60 seconds.  I was overjoyed when I was able to stand for a full minute!  Then I began taking small steps.  Walking just a few steps at a time.  Building up my body's endurance slowly but surely. 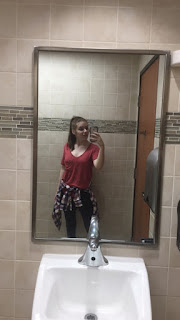 I was still in a wheelchair most of the time, but being able to stand up out of it and walk a few feet was such an incredible feeling.  I was diligent with my treatment and although I was still very sick, I was in a far better condition than I was before.  Dr. Bussell was always astounded by how complicated my case was and how difficult it was to treat me because my body was in such a bad place to begin with.  I can't even tell you how many times he mumbled "what the hell" under his breath as he looked at my arteries on the ultrasound screen.  My ultrasound results always showed numbers WAY out of the normal range and it was so amazing for me to see that because all of the other tests I had done up to this point never showed anything.  All my other doctors were just looking in the wrong place. 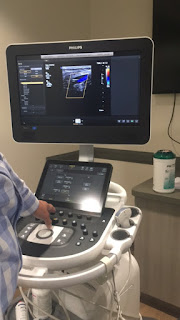 I began that treatment in August of 2017, and by January of 2018, 5 months later, I was able to dance at my best friend's wedding.  The transformation I made was utterly amazing and although I am very far from cured, Dr Bussell considers me one of his biggest success stories.  That treatment was totally worth the insane amount of money it cost (it was out of pocket because it wasn't covered by insurance... insurance never covers the important shit), and I feel so fortunate to have found this amazing doctor. 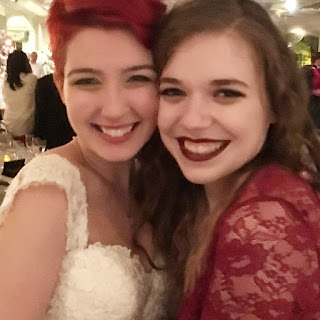 I have one more part of my story to go after this so stay tuned...