My Illness Journey Part 2: Menopause at 18 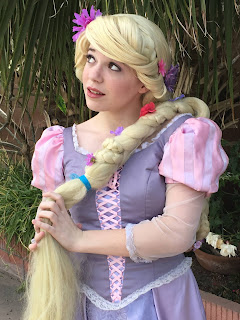 Hi I'm Kayla, I am 21 years old, and I have been through menopause.

So, picking up where I left off in Part One, I began receiving monthly shots of Lupron to treat my Endometriosis.  The first month I had the side effects the doctor told me about (i.e. hot flashes and other menopausal shit), and I began to feel fatigued and achy.  The second shot took more of a toll, I began to get mid-back pain which I thought might be my kidneys because it was different than my normal back pain (I had been seeing a chiropractor since the age of 12 for what I was told was "not quite scoliosis" and I have since been told is indeed scoliosis).  The gynecologist told me not to worry about it and he referred me to his nurse practitioner who was a specialist in something called Interstitial Cystitis which is an inflammatory bladder disease that often accompanies Endometriosis.  She tested me and gave me my first experience with a catheter (10/10 do not recommend), diagnosed me with IC and gave me a list of food I couldn't eat and meds that turned my pee bright turquoise.  Cool.

I ended up having to call out of work (I was a Birthday Party Character Actress at the time) to go to the ER a couple times and was told I had bladder infections and possible kidney infections, but the cultures never grew anything when tested so then I was told it was nothing.  Got my third shot of Lupron because my doctor didn't believe there was a connection between the drug and what was happening to my body.  He referred me to a kidney specialist to see what was up.  I went back for my appointment to get the fourth shot and my mother and I both agreed that we needed to stop the treatment ASAP because I was deteriorating fast.  The mid-back pain was spreading down my back to my legs and the pain was sharp and constant.

Kidney doctor ran tests and found nothing, so he referred me to a Rheumatologist (joint doctor).  The Rheumatologist's nurse felt me up and immediately said "oh you have Fibromyalgia!" I was elated to have a diagnosis, especially one that's generally a diagnosis that takes people years to get since it's generally a diagnosis of exclusion. The doctor  put me on nerve pain medication, referred me to a physical therapist, and told me to come back in a couple months.  The physical therapist pitied me, did TENS unit and ultrasound treatment, and didn't give me any exercises because I was in too much pain.

By the time I returned to the Rheumatologist I was in a wheelchair.  Too weak and in too much pain to walk.  The Rheumatologist tested my strength then quickly revoked the Fibromyalgia diagnosis, since Fibromyalgia is not degenerative.  He looked me in the eyes and said "there is something wrong with you neurologically." He referred me to a Neurologist, and that's where things got worse.