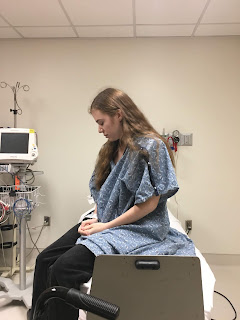 Hi I'm Kayla and I've been fucked around by the healthcare industry for three years.

I've been to a plethora of shitty doctors, and today I am going to share my doctor horror stories with you, the general public, in the hopes of perhaps making you feel less alone as you navigate the clusterfuck that is the medical field.

I haven't calculated the total number of doctors I've seen (because ew math) but it's definitely upwards of 30. Here are the worst of the worst:

1. My First Neurologist: spat out a few classics such as "It's all in your head" and "I can't help you," along with "You need to find someone smarter than me." Then he shoved me out the door with no referrals or direction of any kind.

2. My Second Primary Care Physician: She seemed chill until I wasn't diagnosed with MS (she reaaaaally wanted me to have MS for some reason).  She then told my pain management doctor that she'd prescribe me the meds I needed, only to ambush me with an intervention.  Lady flat out accused me of being a drug addict.  If I were a drug addict, I'd be the worst one ever because what junkie brings their mom to doctors appointments when they beg for drugs? She got yelled at by me and my mom.

4. My Second Neurologist: "You're too pretty to be sick", "You'll continue to improve", "Stop seeing doctors, you're wasting everyone's time", "I'd tell my own daughter the same thing." I feel bad for his daughter.

5. My Second Pain Management Doc: He made me cry, then smacked me on the leg as some sort of weird attempt to comfort me (which made me scream because NERVE PAIN) then he yelled "well how was I sposta know that would hurt?!" To which my mother and I yelled in unison, "YOU'RE THE PAIN MANAGEMENT DOCTOR!"

6. My First Cardiologist: Literally told my mother to shut up. He got yelled at by me.

7. My Second Cardiologist: Was 2.5 hours late for all his appointments, the waiting room was full, whenever the door from the waiting room opened, I saw him texting in the hallway. His nurses had to apologize for him.

8. My Fourth Neurologist's colleague: During the most painful procedure of my life she had the audacity to say "I know it's annoying." She got yelled at by me.

9. My Fourth Neurologist: Never knew what the fuck was going on.  Also his office sucked so he gets negative points.

10. My First Psychiatrist: put me on a med that turned me into a zombie (where my Klonopin homies at?) then scoffed and told my mother "Well I can take her off the med but she'll probably kill herself. That came outta fuckin left field cuz I had never been suicidal... fun!

Honorable mention
My First Gynecologist: gave me the drug that ruined my entire body, then put me on a birth control that sucked.

Why I Curse Unapologetically

Hey there I'm Kayla and I have the mouth of a trucker. 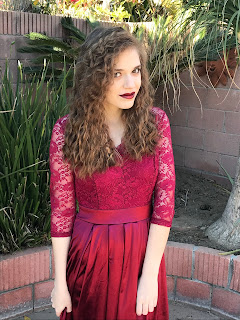 When I was a kid, I never ever even considered using curse words.  Not only that, but I was so sheltered that, if asked, I wouldn't have been able to list more than 5 curse words total, and the words that I listed would have been completely, naively inaccurate.  For example, to me "the S word" was "stupid" or "sucks." So, aside from my growing older and learning new taboo vocabulary, what changed?

To put it simply, I went through a mountain of shit.  My life completely fell apart right before my eyes, and I realized that I had more important crap to worry about than using proper language.   Not only that, but swearing gives me a small amount of control in a life that has, for the most part, spiraled out of my grasp.  Using curse words, I am able to express myself in language that I feel fully and accurately encapsulates the nature of my life.  Cuz let's be real, my life is a fucking mess. 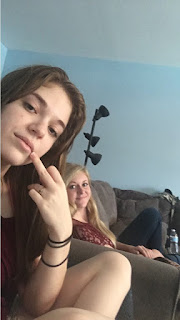 Being able to express myself never used to be difficult for me, but as my life began to go in a less than desirable direction, I found articulating not only the gravity of the situation, but also the pain and agony I felt, to be incredibly difficult.  Expanding my vocabulary to include society's harshest language was a way for me to put my reality into words and begin dealing with it.

This is why I refuse to apologize for my language.  I will occasionally warn people about it if I have a feeling that they will be offended, but in the grand scheme of things I need to prioritize myself.  If people are offended, that's on them and not me.  I'm doing what I need to do to cope with the life I lead, and I am doing so without a filter and without looking for acceptance from others.
at January 05, 2019 1 comment: